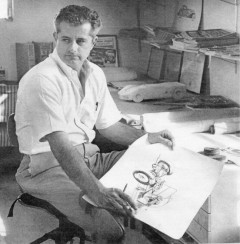 There simply aren't enough superlatives to attribute to Gene Beach.  He had that rarest of combinations - the soul of an artist and the mind of an engineer.

Nowhere is this more evident than in the beautiful Mk4 sports racers he created.  It is easy to apreciate the beauty and utility of these cars on their own, but when compared to the other similar cars of that era, they were clearly in a class by themselves.  In photos of racing grids from 'back in the day', the grace and purpose of Gene's cars are striking and undeniable.

Not only were his cars stunning examples of the racing art, they were winners. In Gene's 'home court', the SCCA SouthEast Division, his sports racers won their class Points Championship an astonishing eight consecutive years, from 1963 to 1970.  One car in particular, J.W. Denton's Mk4B, did the seemingly impossible by winning every race it entered in the 1966 series, including heat races, sometimes on unfamilliar tracks.

And while Gene may not have been particularly well-known outside of racing circles, he was well-respected by those for whom racing was a living.  One example which stands out is the 1965 Bahamas Speed Weeks.  Gene had revolutionized Formula Vee racing with his new designs only a short time before, and took two factory Vees to the year-end, week-long party in the Bahamas at Speed Weeks.  His drivers?  Chris Amon and Bruce McLaren, who finished 1st and 2nd out of 33 entries in the Formula Vee GP race.  Bob Bondurant, also in a Beach FV, finished 5th.  Gene's cars took five of the top six spots in that race - a feat that escaped no one's notice.

Just a few years later, when Volkswagen of America's Jo Hoppen wanted to created a new, faster class, he tapped Gene to design a car for what would become Formula Super Vee.  Gene's prototype was used as the basis for FSV class in America, and later went to Europe.  It was tested at the Hockenheimring in Germany, and as Hoppen wrote to him, "your Beach prototype...recorded faster times than the legendary Mercedes.  It was with this car that Formula Super Vee was introduced to Europe".  In appreciation, Hoppen invited Gene and his wife, Dore to join the Volkswagen executives at Daytona for the first Formula Super Vee Championship race in early 1972. 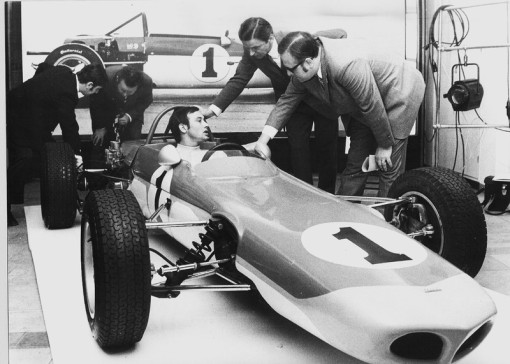